This morning at the Vatican, the Holy Father received in audience His Eminence, Cardinal Angelo Amato, SDB, the Prefect of the Congregation for the Causes of Saints.  During the audience, His Holiness authorized the Congregation to publish decrees recognizing the heroic virtues of eight people from various parts of the world, including a Canadian nun. 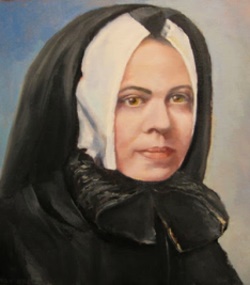 The Servant of God, Elizabeth Bruyère was born Élisabeth Bruguier in L'Assomption in Lower Canada (Quebec) in 1818. Daughter of Jean Baptiste Charles Bruguier (1763-1824) and Sophie Mercier. The Bruguier name was changed in 1824 when the family moved after the death of her father.

In 1854, the community in Bytown became independent of Montreal. Although the Sisters of Charity cared for people of every religious denomination during the typhus outbreak in 1847, a Protestant General Hospital, later the Ottawa Civic Hospital, was opened in 1850. The Sisters of Charity were also responsible (from 1870 to 2001) for the school which became today the Collège Saint-Joseph de Hull in Gatineau, the city's girl school and one of two private secondary institutions. The community opened other houses in Ontario, Quebec and New York state. The hospital opened in Bytown later became the Ottawa General Hospital. The Sisters of Charity also established facilities for the aged, opening the St. Charles Old Age Hospice and later the Residence Saint-Louis.