Preparing for the Special Synod on Pan-Amazonia 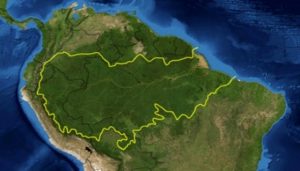 On Thursday and Friday of this week (12-13 April 2018), a first Meeting of the Pre-synodal Council for the Special Assembly of the Synod of Bishops for the Pan-Amazonian region was held in Rome, presided over by Pope Francis.

The work began with greetings offered by the Secretary General of the Synod of Bishops, His Eminence, Cardinal Lorenzo Baldisseri, who thanked the Holy Father for his presence and offered special greetings to the Members of the pre-synodal Council and to the experts who were present for the meeting, some of whom belong to the Red Eclesial Panamazónica (REPAM).

During the working sessions, the proposed Preparatory Document for the Special Assembly was reviewed.  The theme of the document is Amazonia: new journeys for the Church and for an integral ecology.  The members showed their appreciation for the text which was prepared by the General Secretariat of the Synod with the assistance of experts, and offered useful suggestions for improving its content.

During the discussion, the importance of the Pan-Amazonian region for the entire planet was emphasized.  In particular, the members and the experts discussed the pastoral situation in the territory and the need to establish new pathways for a more purposeful inculturation of the gospel among the people who live there, especially the indigenous population.  Secondly, they reflected on the ecological crises affecting the region and emphasized the need to promote an integral ecology, in line with the Encyclical Laudato si'.

At the conclusion of the discussions, the Pre-synodal Council approved the Preparatory Document, which includes a final questionnaire.  The text will now be distributed to the Episcopal Conferences in the Amazonian region and to other Organizations who have the right to take part in the pre-synodal consultation.

At the conclusion of their work, the Holy Father thanked the members of the Council and the other participants for their contributions and for the spirit of communion that was demonstrated during the meeting.
at 08:36