A surprise visit with Alzheimer's patients 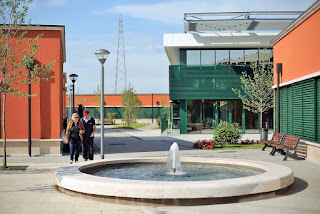 At 3:30pm this afternoon (9:30am EDT), continuing his pastoral commitment to Mercy Fridays, the Holy Father, Pope Francis left the Casa Santa Marta and paid a visit to the Emmanuel Village at Bufalotta, located on the northern periphery of Rome.  His Holiness was accompanied - as in previous visits - by His Excellency, Rino Fisichella, President of the Pontifical Council for the Promotion of the New Evangelization.

The Emmanuel Village is located inside the Parco delle Sabine and is a structure dedicated to the care of people suffering from Alzheimer's disease, organized as a real village, which allows guests to live in normal conditions, reproducing many small aspects of daily life, necessary for those who live this difficult pathology to create and maintain a bridge of communication with the outside world by promoting socialization and inclusion. The village is named after its founder Prof. Emmanuele F.M. Emanuele, Honorary President of the Rome Foundation, who with farsightedness did his utmost to find an innovative solution for residential care for people suffering from Alzheimer's.

Upon his arrival, the Pope was welcomed with surprise by the residents and by the staff, in the courtyard of the Village.  The Holy Father greeted all those who were present, exchanging a few comforting words with each one of them.

The residents, together with the honorary President of the Rome Foundation, Professor Emmanuele, and the current President, Franco Parasassi, accompanied the Pope to the various areas of the structure available to the residents: some of the guests who were resting in their rooms received the unexpected visit and were able to exchange a few words with Pope Francis while others, engaged in recreational activities, explained their daily duties to the Holy Father.  The Pope's presence was received by all as a gift and a moment of joy.

With this visit, the Holy Father's wish was to turn his attention to the conditions of exclusion and loneliness which like Alzheimer's is likely to take root in the hearts of people who are often ignored by society.  This disease creates strong disorientation, distress and suffering in families.  The progressive increase in life expectancy also calls for greater awareness and respect for the needs and the dignity of those who live with this disease as well as toward those who are close to the patients.

Before leaving the Emmanuel Village, the Holy Father presented a parchment with some thoughts written by hand as well as a canvas depicting the Nativity. 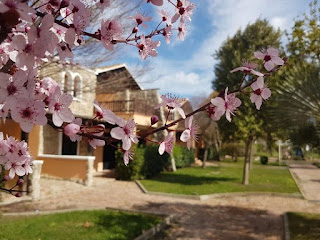 Villaggio Emanuele, the only one of its kind in Italy, is born from the awareness that Alzheimer's has become a social priority and that therefore it requires the institution of a social-assistance model that can ensure a life as close to normality as possible, during the long course of the disease. The structure consists of 14 houses, each of which accommodates 6 people. In addition to the accommodations, there is a mini market, a bar, a restaurant and a beauty salon that are available to residents. All these services were visited by Pope Francis during the visit.

The Village is also open to the territory, in order to offer a stimulating environment, as close as possible to the external environment. Patients, simply called residents, can shop at the supermarket, help kitchen workers and take care of home management, thus maintaining a sense of reality and their own identity. Each accommodation is designed to be a family place, as close as possible to the home of origin, with spaces and furnishings designed according to the style that has characterized the life of each resident.

In the structure, there are various medical and social-assistance figures: health workers, social assistants, professional educators, psychologists, physiotherapists and nurses, in addition to the general practitioner. The staff help the guests to articulate, according to their needs, the daily experience in the Village. There are several activities offered: art, music, sports and reading books are just some of the activities that mark the day of the residents. There is no typical day for people living in the Village, as everyone is free to choose the course of daily life as they see fit. Assistance in both residential and semi-residential situations is completely free.
at 11:35