On 16 July of this year, the Holy Father, Pope Francis will visit the earthquake zone in the Diocese of Camerino-San Severino Marche (Italy). 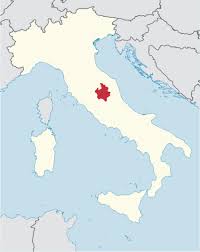 Visit of His Holiness, Pope Francis
to the Diocese of Camerino-San Severino Marche

Tuesday, 16 July 2019
8:00am
Departure of the helicopter from the Vatican heliport

8:45am
Landing outside the University of Camerino Sports Centre in Calvie
The Holy Father will be welcomed by:
9:00am
Visit to the Emergency Housing Structure (SAE) with the families who live there, in the Cortine neighbourhood

10:30am
Celebration of the Eucharist in Cavour Square:

1:00pm
Lunch with Priests of the Diocese in the Saint Paul Community Centre

3:00pm
Before departing from the University of Camerino Sports Centre, the Holy Father will bid farewell to the people who had welcomed him upon his arrival