This morning, the Holy Father, Pope Francis has accepted the resignation from pastoral government of the Archdiocese of Kingston (Ontario, Canada) presented by His Excellency, Brendan Michael O'Brien.

The Pope has appointed His Excellency, Michael Mulhall, who until now has been serving as Bishop of Pembroke (Ontario, Canada) as the new Archbishop of Kingston. 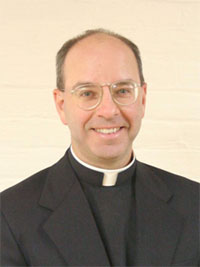 Meet the new Archbishop of Kingston

His Excellency, Michael Mulhall was born in Pembroke (Ontario) on 25 February 1962.  He attended Trent University in Peterborough, where he earned a Bachelor of Arts in 1985.  He then completed further studies in Theology at the Pontifical University of Saint Thomas Aquinas (Angelicum) in Rome, where he earned a Baccalaureate in 1989.  In 1991, he earned a Licentiate in Patrology from the Augustinianum Patristic Institute in Rome.

He was ordained a priest on 2 July 1989 for the Diocese of Peterborough.

Following his priestly ordination, he was entrusted with the following pastoral responsibilities:


He was appointed Bishop of Pembroke on 30 June 2007 and received episcopal ordination on 21 September of that year.
at 08:18