His Holiness, Pope Francis, in the Audience granted to His Excellency Archbishop Edgar Peña Parra, Substitute for General Affairs of the Secretariat of State, on 4 December 2019, has decided to issue the Instruction On the Confidentiality of Legal Proceedings, attached to the present Rescriptum, of which it forms an integral part.

The Holy Father has determined that the Rescriptum shall have firm and stable application, notwithstanding anything to the contrary, even if worthy of special mention, that it shall be promulgated by publication in L’Osservatore Romano, with immediate force, and then be published in the official commentary Acta Apostolicae Sedis. 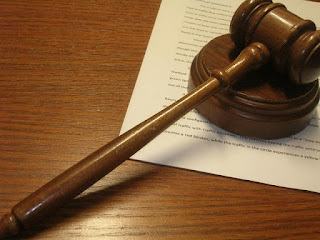 INSTRUCTION
On the Confidentiality of Legal Proceedings

1. The pontifical secret does not apply to accusations, trials and decisions involving the offences referred to in:

b) Article 6 of the Normae de gravioribus delictis reserved to the judgement of the Congregation for the Doctrine of the Faith, in accordance with the Motu proprio Sacramentorum Sanctitatis Tutela of Saint John Paul II (30 April 2001), and subsequent amendments.

2. Nor does the pontifical secret apply when such offences were committed in conjunction with other offences.

3. In the cases referred to in No. 1, the information is to be treated in such a way as to ensure its security, integrity and confidentiality in accordance with the prescriptions of canons 471, 2° CIC and 244 §2, 2° CCEO, for the sake of protecting the good name, image and privacy of all persons involved.

4. Office confidentiality shall not prevent the fulfilment of the obligations laid down in all places by civil laws, including any reporting obligations, and the execution of enforceable requests of civil judicial authorities.

5. The person who files the report, the person who alleges to have been harmed and the witnesses shall not be bound by any obligation of silence with regard to matters involving the case.
Testo originale nella lingua italiana
Texto en español
at 13:23