The Holy Father has appointed His Excellency, Wayne Joseph Kirkpatrick as the new Bishop of the Diocese of Antigonish, Nova Scotia, transferring him from the titular see of Aradi and the office of Auxiliary Bishop of the Archdiocese of Toronto, Ontario. 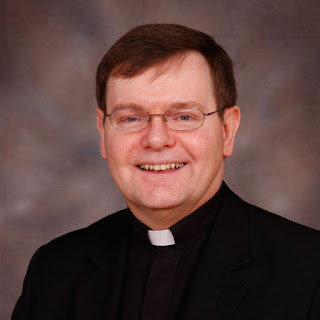 His Excellency, Wayne Kirkpatrick was born on 5 June 1957 in Saint Catharines, Ontario.  After completing his elementary and secondary education in Catholic schools, he studied at the University of Waterloo (Saint Jerome's College, 1971-1976).  He obtained a Bachelor of Philosophy at Resurrection College in Waterloo, Ontario and then was granted an undergraduate degree in Psychology.  He subsequently obtained a Bachelor of Sacred Theology at Saint Augustine's Seminary in Toronto (1980-1984), and a Licence in Canon Law from Saint Paul University in Ottawa (1988-1990).  He is a Prelate of Honour of His Holiness since 1999.

Before being appointed Bishop, he served as a prison Chaplain and as Vice-Chancellor; as Associate Judicial Vicar of the Regional Tribunal in Toronto; as Pastor, Chancellor, Diocesan Bursar, Diocesan Consultor, Chair of the Presbyteral Council, Moderator of the Curia, Consultor to the Executive Council of the Anglophone Association of Canon Lawyers, Member of the Catholic Bishops of Ontario's Executive Council for Insurance; and President of the Clergy Aid Society.

On 18 May 2012, he was appointed Auxiliary Bishop of Toronto and received Episcopal Ordination on 25 July of that year.

His Excellency, Brian Dunn, who most recently served as Bishop of Antigonish, was appointed as Coadjutor Bishop of Halifax-Yarmouth on 13 April 2019.
at 07:47