A new Auxiliary Bishop for Québec

The Holy Father has appointed Reverend Father Martin Laliberté, pmé, as Auxiliary Bishop of the Archdiocese of Québec (Québec, Canada), assigning him the titular see of Sertei.  Until most recently, Father Laliberté has been serving as Superior General of the Society of Foreign Missions within the Province of Québec. 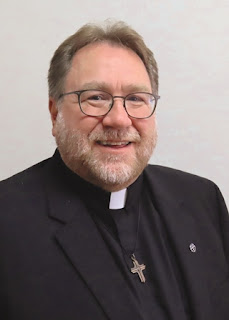 Reverend Father Martin Laliberté, pmé was born on 13 December 1964 in Charlesbourg, in the Archdiocese of Québec.  He studied pedagogy at Laval University in Québec from 1983 to 1987 and earned his teaching diploma.  Then, he spent a year in spiritual formation at the Manresa Spiritual Centre in Québec City and later studied at Saint Paul University in Ottawa where he earned a Master of Missionary Sciences degree.

He was ordained a priest on 28 October 1995 and was incardinated in the Archdiocese of Québec.  He is a member of the Society of Foreign Missions.

Upon his return to Canada, he served as Director of the Centre for Formation for lay missionary candidates.