The Cardinal Secretary of State, Pietro Parolin has sent a telegram of condolence in the name of the Holy Father, Pope Francis to the Archbishop of Arequipa (Perú), His Excellency, Javier del Río Alba expressing condolences for the victims of a tragic road accident which took place on Wednesday of this week near that city. 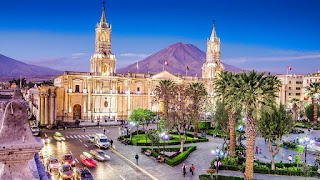 The Holy Father, having learned the lamentable news of a new traffic accident which occurred in the region of the city of Arequipa, wishes to assure Your Excellency and to all the children of your beloved people of his closeness and affection in these difficult moments of suffering.

His Holiness is raising his prayers to the Lord asking especially that he extend his mercy and eternal rest to all the victims who have died, and that he be close to all those who are suffering as well as their families.  Pope Francis, invoking the maternal intercession of the Blessed Mother of God, lovingly imparts to all of you his Apostolic blessing as a sign of Christian hope in the risen Lord.

Cardinal Pietro Parolin
Secretary of State of His Holiness
at 08:03