The Holy Father, Pope Francis has sent a message, signed by Cardinal Pietro Parolin, the Secretary of State of His Holiness, to His Excellency, Philip Huang Chao-ming, the Bishop of Hwalien (Taiwan), expressing his condolences for victims of an earthquake which struck that city overnight. 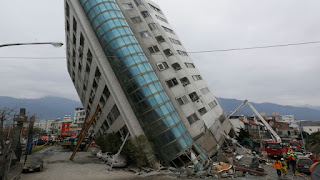 Telegram of Condolence sent by His Holiness, Pope Francis
following the earthquake that struck in Hwalien (Taiwan)

His Holiness, Pope Francis wishes to express his solidarity with all those affected by the earthquakes in Taiwan these past days, and he offers the assurance of his prayers for those who have lost their lives and for those who have been injured. As he encourages the civil authorities and emergency personnel engaged in rescue efforts, His Holiness willingly invokes upon all the Taiwanese people the divine blessings of strength and peace.