This past weekend, His Excellency, Marcel Damphousse shared the content of a letter which he addressed to the faithful of the Diocese, encouraging all of us to get involved in the Call for Conscience campaign - calling on the federal government of Canada to provide protection for the conscience rights of doctors, nurses and other health care professionals who are asked to participate in cases of assisted suicide or euthanasia.

On Wednesday (31 January 2018), a joint statement was issued by the Christian Legal Fellowship, the Evangelical Fellowship of Canada and the Assembly of Catholic Bishops of Ontario in light of the fact that the Ontario Court upheld effective referrals despite the fact that this practice infringes on religious freedom. 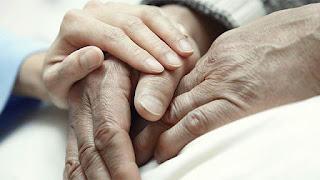 The Christian Legal Fellowship (CLF), The Evangelical Fellowship of Canada (EFC), and the Assembly of Catholic Bishops of Ontario (ACBO) - who jointly intervened in the case - are disappointed with today's ruling.

The Court acknowledged that the CPSO policy infringes physicians' freedom of religion by requiring them to take positive action to facilitate procedures such as euthanasia contrary to their beliefs. However, the three-judge panel concluded that such an infringement is justifiable to the extent that it advances the CPSO's goal of ensuring access to health care services in Ontario, and, in particular, to the goal of ensuring equitable access to such medical services (para. 162).


Requiring someone to participate against their will in ending another person's life is unconscionable in a free and democratic society. Such coercion in any context violates human dignity, an inviolable right which is not extinguished simply because one practices in a regulated profession. It is difficult to comprehend how it could possibly be in the 'public interest' to pressure doctors to either compromise their core ethical convictions or abandon their area of medicine. Neither is a good outcome for Ontario patients, especially in light of the Court's acceptance that 'there is no study or direct evidence that demonstrates that access to health care is, or was, a problem that was caused by physicians objecting on religious or conscientious grounds to the provision of referrals for their patients.' (para. 147).

The joint interveners welcomed some other aspects of the decision, including the acknowledgment that it is inappropriate for the state to determine what constitutes complicity or participation in an act that a physician regards as immoral or sinful (para 108). This was one of the joint interveners' key submissions to the Court (paras. 7-11 of their joint factum). Bishop Ronald Fabbro, ACBO President and Bishop of London, explains:


Rather than judge or interpret one's religious beliefs, it is the state's obligation to respect and protect them. For Christians, adhering to Biblical teaching is not an optional exercise but a necessary, inescapable requirement of their faith. They cannot act in violation of their religiously-informed convictions because to do so would be contrary to their very being. The state cannot demand physicians or other healthcare professionals set aside the moral framework that guides their conduct, just as it cannot coerce believers to renounce their faith.

The joint interveners also welcomed the Court's finding that the CPSO policies infringe physicians' freedom of religion in a manner that is not trivial or insubstantial (para. 114). Bruce Clemenger, EFC President, explains:


The court recognized that the policy is a serious violation of the freedom of religion of the physicians. We see no reason why the CPSO does not avail itself of alternative approaches used in other jurisdictions that do not violate such an important freedom. In a religiously diverse and secular society, the state has the obligation to welcome and accommodate religious individuals who contribute to the public good. We respectfully disagree with the Court decision that the approach taken by the College was an appropriate balancing of the rights of patients and doctors. All other jurisdictions in Canada and abroad have found ways to respect both.

The litigation arose following the release of two CPSO policies: one on medical assistance in dying (MAID) and another on human rights obligations. The policies require that doctors who are unable to directly perform controversial procedures (such as euthanasia/assisted suicide and abortion) must nevertheless facilitate such procedures by taking a number of positive steps to provide an effective referral to a willing and available physician, despite any conscientious or religious objection the physician may have.

The joint interveners support the applicant physicians and organizations in their position that these policies violate religious freedom, freedom of conscience, and equality. The interveners' joint factum highlighted the comprehensive definition of religious freedom in Canadian law and its protection of beliefs about the very understanding of human life, including its beginning and end, the inherent value and dignity of each person and the moral considerations involved in ending another's life. Religion cannot be compartmentalized or restricted to the performance of sacred rituals but includes outward expression and impacts all aspects of a believer's life.

The interveners also argued that decriminalizing euthanasia and assisted suicide does not create a right to euthanasia or assisted suicide. Even if such a right existed, there is nothing to demonstrate that protecting conscience inhibits access.

The Evangelical Fellowship of Canada represents over 100 Protestant Evangelical organizations and over 40 denominational groups with approximately 2.1 million members/adherents across Canada.

The Assembly of Catholic Bishops of Ontario is the regional association of the Archbishops and Bishops of each of the 14 Catholic Archdioceses and Dioceses which have approximately 3.8 million members across Ontario.

The Christian Legal Fellowship is Canada's national association of Christian legal professionals, drawing from over 30 denominations.

Together, this coalition of interveners represents a broad spectrum of Christian thought but fundamentally agree upon and advocate for maintaining space for religious individuals and religion within the public square and within the professions.

The CLF-EFC-ACBO factum can be read in full here.

A summary of the joint interveners' oral submissions can be read here.

The press release of the applicant physicians and organizations can be read here.
at 11:19