Learning how to resign

This morning, the Holy See Press Centre released the text of a Motu Proprio that was signed by the Holy Father on Monday of this week (12 February 2018) entitled Learning How To Resign (Imparare a congedarsi), which regulates age-related resignations of holders of honorary titles granted by the Pope. 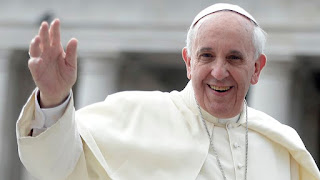 Motu Proprio of His Holiness, Pope Francis
Learning how to resign - Imparare a congedarsi

Learning how to resign, is a question that I asked while commenting on a reading taken from the Acts of the Apostles (cf Acts 20:17-27), during a prayer for Pastors (cf Homily during the Mass celebrated at Casa Santa Marta, 30 May 2017).  The conclusion of an ecclesial office should be should be considered as an integral part of the service itself, since it will require a new form of availability.

This interior attitude is necessary both when, for reasons of age, we must prepare ourselves to leave office and, when we are asked to continue in that service for a longer period of time, even though the age of seventy-five years has already been reached (cf Speech to Rectors and Alumni of Pontifical Colleges and Residences in Rome, 12 May 2014).

Those who are preparing to present their resignations need to prepare themselves adequately before God, stripping themselves of their desires for power and claims to be indispensable.  This will allow those involved to peacefully and confidently experience such moments of change, moments which could otherwise be painful and filled with conflict.  At the same time, those who truthfully face the need to resign should discern in prayer how they should experience this stage in their lives, beginning a new plan for their lives which can at times e marked by austerity, humility, intercessory prayer, time dedicated to reading and availability for providing simple pastoral service.

On the other hand, if we are exceptionally asked to continue in service for a longer period of time, this calls us to abandon, with generosity, our new personal plans.  However, this situation should not be considered a privilege, or a personal triumph, or a favour due to presumed obligations derived from friendship or closeness, nor as gratitude for the effectiveness of services provided.  Any possible extension can only be understood for certain reasons which are always linked to the common ecclesial good.  These pontifical decisions are not automatic actions but acts of government: consequences which involve the virtue of prudence meant to help the process of making appropriate decisions through adequate discernment.

As examples, I site the following possible reasons: the importance of adequately completing a project that is very fruitful for the Church; the convenience of ensuring the continuation of important work; some difficulties associated with the composition of a Dicastery in a period of transition; the importance of contributions that an individual can make to the application of directives recently issued by the Holy See or to the reception of new magisterial guidelines.

Along with the provisions concerning the resignations of Diocesan Bishops and from Pontifically appointed offices, outlined in the Rescriptum ex audientia dated 3 November 2014, granted to the Secretary of State, Cardinal Pietro Parolin, I wish to supplement the canonical legislation and offer some modifications which I confirm in full, with the exception of matters that are explicitly reformed by the following provisions.

Given the generous commitment shown and the precious experience accumulated by those who have exercised certain positions of particular responsibility for several years, both in the particular Churches and in the Roman Curia or in the Pontifical Representations, I have become aware of the need for an updating of the norms about the times and methods of renouncing such offices due to age limits. After having carried out the necessary consultations, I consider it necessary to proceed in this direction:

a.  to establish some clarification of Article 2 of the aforementioned Rescriptum, concerning diocesan Bishops, Coadjutor and Auxiliary Bishops (cf Canons 401-402 and 411 of the Code of Canon Law; and Canons 210-211, 218, 213 of the Code of Canons of the Eastern Churches).

b.  modify the canonical norms concerning the renunciation of the office for reasons of age, by Dicastery Heads and Superior Prelates of the Roman Curia who are not Cardinals (cf Pastor Bonus, 28 June 1980, Article 5 § 2; General Regulations for the Roman Curia, 1999, Article 3; Rescriptum ex audientia, 3 November 2014, Article 7), of Bishops who carry out other offices of Pontifical appointment (cf Rescriptum ex audientia, 3 November 2014, Article 7) and Pontifical Representatives (cf Canon 367 of the Code of Canon Law; General Regulations of the Roman Curia, 1999, Article 8, § 2; and Regulations for the Pontifical Representatives, 2003, Article 20, § 1).

With this present Motu Proprio, I establish the following:

Article 1
At the age of seventy-five years, Diocesan and Eparchial bishops, and those who are equivalent to the canons 381 § 2 CIC and 313 CCEO, as well as Coadjutor and Auxiliary bishops or holders with special pastoral duties, are invited to present to the Supreme Pontiff the renunciation of their pastoral office.

Article 2
Once seventy-five years of age have been completed, Dicastery Heads of the Roman Curia who are not Cardinals, Superior Prelates of the Roman Curia and Bishops who perform other offices in the Holy See, do not cease ipso facto from their office, but must submit their renunciation of the Supreme Pontiff.

Article 3
Likewise, the Pontifical Representatives do not cease ipso facto from their office at the age of seventy-five, but in such circumstances they must submit the renunciation of the Supreme Pontiff.

Article 4
In order to take effect, the renunciation referred to in articles 1-3 must be accepted by the Supreme Pontiff, who will decide by evaluating the concrete circumstances.

Article 5
Once the renunciation has been presented, the office referred to in articles 1-3 is considered extended until the person concerned has been notified of the acceptance of the renunciation or the extension of said office, for a fixed or an indefinite period, contrary to what is generally stated and established in canons 189 § 3 CIC and 970 § 1 CCEO.

I order that all which I have deliberated with this Apostolic Letter in the form of Motu proprio, be observed in all its parts, despite anything contrary, even if worthy of particular mention, and establish that it is promulgated through the publication in the daily edition of L'Osservatore Romano, entering into effect on the day of its promulgation and subsequently published in the official Commentary Acta Apostolicae Sedis.