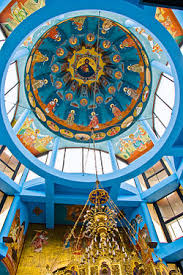 Considering the delicate and complex situation currently facing Ukraine, the Holy Father, Pope Francis has decided to invite to Rome, from 5 to 6 July 2019, the Major Archbishop, the members of the permanent Synod and the Metropolitans of the Ukrainian Greek-Catholic Church.

The Superiors of the Discasteries of the Roman Curia with competence for that country will also take part in that meeting.

With this gathering, the Holy Father wishes to give a sign of his closeness to the Ukrainian Greek-Catholic Church which carries out her pastoral service both at home and in various other locations throughout the world.

This meeting will also offer a further opportunity to deepen the analysis of the life and needs of Ukraine, in order to identify the ways in which the Catholic Church, and in particular the Greek-Catholic Church, can increasingly dedicate itself to the preaching of the Gospel, to contributing to the support of those who are suffering and to promoting peace, in agreement, as far as possible, with the Catholic Church of the Latin rite and with other Churches and Christian communities.
at 07:06