The Pope has appointed a new Bishop for the Diocese of Joliette (QC) in the person of His Excellency, Louis Corriveau.  Until today, His Excellency served as titular Bishop of Arena and Auxiliary of Quebec (QC). 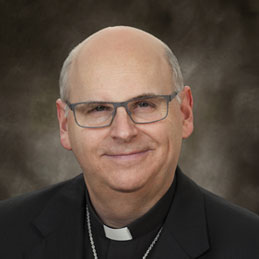 Meet the new Bishop of Joliette

His Excellency, Louis Corriveau was born in Sainte-Marie-de-Beauce, in the Archdiocese of Quebec on 23 March 1964.  After having completed secondary school in 1983, he entered the Major Seminary in Quebec City where he completed his formation in preparation for priestly ordination.

From 1997-1998, he completed some courses in Spirituality at the Sèvres Centre in Paris (France) and upon his return to Canada he was made part of the formation team and served as a Spiritual Director at the Major Seminary in Quebec City, a post he held until 2011.