Briefing on the Synod, day 4 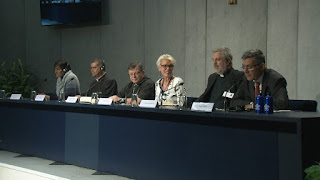 The Church with an indigenous face is the protagonist of the fourth briefing for journalists in the Vatican Press Room, held after the early morning session of sharing groups for participants taking part in the Synod of Bishops for the Pan-Amazon region. Two bishops from Amazonian dioceses spoke about this: His Excellency, Wilmar Santin, from the Diocese of Itaituba, in the Brazilian state of Parà, and His Excellency, Medardo de Jesùs Henao Del Rio, Apostolic Vicar of Mitù, in Colombia.

The Carmelite Bishop Santin, who, since December 2010 has been a pastor among the indigenous Munduruku, who are more than 11,000 souls in a diocese of 175,000 square km, which occupies most of the State of Parà, recalls what Cardinal Hummes, President of the Repam, the Pan-Amazonian ecclesial network said: Pope Francis has a dream: to see an indigenous priest in every Amazonian village, and faced with the difficulties, says Santin, he asked us to start with what the Church already allows you: the permanent diaconate. 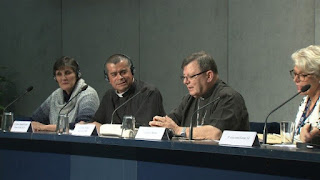 We have created a plan - the bishop of Itaituba continues - and we have realized that it was better to start creating ministers of the Word, before those of the Eucharist because in our humid equatorial climate the consecrated host cannot be kept for a long time. Thus in 2017 the first 24 munduruku ministers of the Word were established, 20 men and 4 women, who began celebrating in their own languages and preaching the Word of God. And this year, continued Bishop Santin, we have set up another 24, 19 men and 5 women, so today there are 48 munduruku ministers of the Word who can say, like the peoples who listened to the disciples after Pentecost: 'We hear them speak of the great things of God in our languages'.

Soon, the Brazilian bishop concludes, we will establish ministers of baptism and marriage, because the munduruku, who are largely baptized, are keen to baptize their children and marry in the Church, and we will try to have them in every village. We will then see when it will be possible to ordain native deacons. We need to arrive in time where there are people, the bishop concludes, telling of a Catholic who became an evangelical in a village where the Church had not arrived. We must change the structure of the Church, so that it is more streamlined, no longer slow in its decisions, and no longer depends only on the priest, to be able to carry the Word of God in all places. 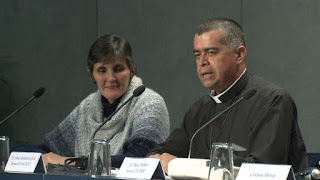 In addition to him, Monsignor Medardo de Jesùs Henao Del Rio, Apostolic Vicar of Mitù, in Colombia, a Xaverian missionary of Yarumal, explained that he has already ordained an indigenous deacon, one of the 27 groups present in his diocese, in a territory of 57 thousand square km, with a widespread population of 44 thousand inhabitants. I ordained him in the Roman rite and in the indigenous rite - he explains - but I certainly didn't ordain a sorcerer. We have entered the context of the cosmogony of the natives. What have I done? I celebrated the rite of ordination of a deacon up to the moment of the delivery of the Gospel. Then the indigenous leaders - says Henao Del Rio - placed a crown on the head of the deacon, a sign of a man who has acquired wisdom within the community and who will lead the community. No prayer was recited, it is only a distinctive sign Then the deacon was welcomed by the community: he crossed the whole church carrying the Book of the Gospels, which is the greatest wisdom, and dancing. The community applauded him and the ordination rite ended with the embrace of peace.

It was not a mixup, explained the Vicar of Mitù, but a matter of assimilating some values ​​of the indigenous communities that are consistent with Christian values. We certainly cannot sacralize all that is indigenous, but neither can we condemn them. We must study all their rites, what they mean to them and those who are in communion with the service to the Church. The deacon is a servant of the community, concluded the Colombian bishop, and this ministry is very much in harmony with the indigenous tradition, an indigenous rite that is celebrated when a community has an abundance of food and shares it with another community, which receives it and gives thanks with a party. Thus, in the Eucharist, the same communities dance in front of the altar and then place at the feet of the altar the products of the earth that have been exchanged as an offering: these are rituals, situations, within their celebration that for them are very compatible with their own culture and even with their being Christians. We do not accept all that is indigenous in order to assimilate it to what is Christian, but elements, situations and celebrations that have 'seeds of the Word, seeds of God', as St. Irenaeus would say. 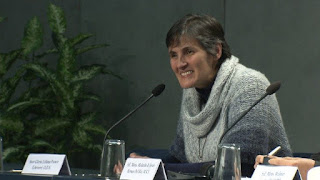 At the Synod we are 40 women, but behind every woman there are many other women, such as those who participated in the pre-Synodal listening process, says Sister Gloria Liiana Franco Echeverri, of the Order of Maria Nostra Signora, President of Clar, the Latin American Confederation of Religious. Responding to a question about the role of women in the Church today, she emphasized that it is not a question of power, but of starting from the point of service, from the gift of self. The Church has a female face, she is a mother, she is a teacher, but at this time she is basically a sister and a disciple. We have a journey to travel, in which we are not the protagonists. The Church is in discernment, and we do not know whether the culmination will take place now or at another time: let us continue as brothers and sisters, so that the face of women in the Church can be ever clearer.

Only from that perspective, explained the religious, can we recognize and value the special role of us women in the Church, as theologians, catechists, animators. Asked about the issue of violence against women, Sister Gloria Liliana Franco Echeverri emphasized that: There is no people who are exempt. And in the Amazon, the most widespread forms of violence are human trafficking, closely linked to the issue of migration and the sexual exploitation of women; domestic violence, for example linked to alcoholism; the denial of law, the possibility of studying and access to efficient healthcare. Finally, there is the theme of killing women, like the murdered religious because they have embraced the cause of the defence of the poor and indigenous peoples. They are women, religious, martyrs who have fertilized the Amazon with their sweat and their blood.

The whole discussion in the general congregations, summarizes Paolo Ruffini, Prefect of the Communication Department, is revolved around three major themes, which are intertwined with each other and all linked to the Amazon: the ecological question, with the risks of a predatory development; the need to change paradigms, through the inculturation of the Gospel; and the way of being Church in the Amazon, with new ordained ministries and attention to the sacraments for all communities. 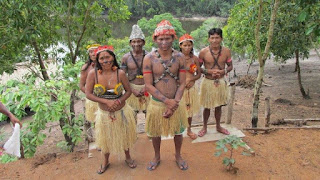 The work of the Synod, explained Father Giacomo Costa, Secretary of the Information Commission, after the first three days dedicated to the interventions in the Synod Hall, are now at the stage of working in the small groups. The synod fathers, experts and auditors have been divided into 12 linguistic circles, 5 in Spanish, 4 in Portuguese, 2 in Italian and 1 each in English and French. The work of the circles will continue tomorrow, while Saturday 12 October the General Congregations will resume and will continue until Tuesday 15 October.  There will be two more days dedicated to the small groups and on the evening of Thursday 17 the speakers will present the 12 reports, which will be collected in a single report that will be published by L'Osservatore Romano and on the website www.vatican.va. Finally, the last week will be dedicated to discussing the draft of the final document, which will be voted upon on the afternoon of Saturday 26 October.
at 16:20