@ the Synod today: the final reading of the Synod document

The intervention of the Ecuadorian Sister Zambrano Jara was very much applauded in the Vatican Press Office this afternoon. His Excellency, Evaristo Pascoal Spengler, OFM, Brazilian Bishop of Marajò, explained that the request to open to the female diaconate is strong. Today the election of the Post-Synodal Council and the reading of the final document took place in the Synod Hall. 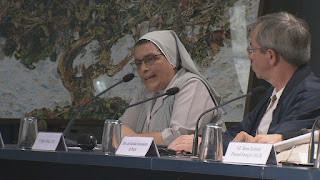 The 184 synod fathers, the 55 auditors, the 25 experts and the 12 special guests, protagonists with Pope Francis of the Special Synod for the Pan-Amazonian Region, returned to the assembly this afternoon. Paolo Ruffini, Prefect of the Dicastery for Communications spoke to journalists during the daily briefing in the Vatican Press Room, explaining that in the 15th Congregation the synod fathers, among the bishops and cardinals present, thirteen were elected to serve as members of the post-synod Council: 4 from Brazil, 2 from Bolivia, 2 from Colombia, 2 from Peru, 1 from the Antilles, 1 from Ecuador and 1 from Venezuela. The Council will then be completed by some additional members of appointed by the Pope, but they will not be the majority. This afternoon's Congregation continued with the reading of the final document which will be voted upon on Saturday afternoon. It is written in Spanish as an official language, but with translations in Portuguese, French, English and Italian. 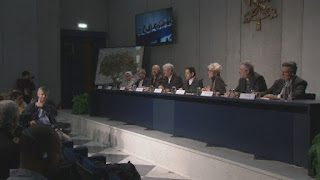 The first intervention today was by Sister Inés Azucena Zambrano Jara, one of the Missionary Sisters of Mary Immaculate and Saint Catherine of Siena, an Ecuadorian who is serving in Colombia. Our Congregation - says the religious - has lived for 105 years alongside the indigenous people. We want to enhance the indigenous and Campesian women. Our charism is accompaniment, presence alongside the natives, to enhance their leading role, which has grown in these years, in defence of their dignity and their rights. In her applauded speech, Sister Inés underlined that the Synod which is coming to an end was an attentive listening to God, to the voice of the Amazon, of the peoples and of the pain of Mother Earth. Active listening has created an environment of witness, such as that given by Pope Francis who, the Ecuadorian nun explained, I saw his head bowed to allow two natives to bless him: it was a great witness of evangelization.

We women, the nun continued, we have defined ourselves as 'synod mothers', we have lived this Synod with passion, because what the indigenous peoples are experiencing is a source of great sorrow. The hope, she concludes, is to build a Church with an Amazonian face, as St. John Paul II already asked in 1984, when he said that an indigenous Church with its own priests and its own liturgy is necessary. To achieve it we must deepen and live the indigenous theology, their cosmology, and these are based on the learning of their languages. Meanwhile, we must continue to work for the rights of indigenous peoples, along with indigenous organizations. And we work for an enculturated, itinerant consecrated life that lives with indigenous peoples. 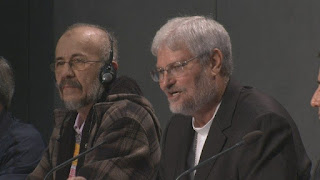 Among the proposals that will be presented to Pope Francis in the document, there could be that of the female diaconate, explains Bishop Evaristo Pascoal Spengler, Bishop prelate of Marajó, Brazil, the archipelago located on the mouth of the Amazon River. A Franciscan, he was the rapporteur of the Portuguese small group B, and he explained to journalists that 40 percent of the synodal assembly has called for the establishment of an ordained ministry for women within the Church. In the history of the Church, Monsignor Spengler recalls, there are prophets but also prophetesses, who have led the people of God. And of course the most important figure is Mary. Saint Paul, in his letters, speaks of the deaconesses, and then there are the Saints: from the 12th century to today we have more female Saints than male Saints. In the Amazon, concludes the bishop of Marajò, "about 60 percent of the communities are led by women. With the modification of the canonical code commissioned by Benedict XVI, the diaconal ministry for the liturgy, the word and charity, has been disconnected from the figure of Christ, and this allows us to open a path toward the creation of the female diaconate.

One of the journalists asked if the establishment of an Amazon rite, as proposed several times during the Synod, could allow us to arrive more quickly at the priestly ordination of married men, the so-called viri probati. Father Giacomo Costa, Secretary of the Synod Information Commission, answered yes, since it also happens in other rites, but these are only inferences, because we do not yet know the document of the Synod and even less what Pope Francis will write. Ruffini added that in any case it will be impossible to define a new rite of the Church in one paragraph of a document, and that eventually it will be proposed only as a step towards this new rite.

Also at the briefing, the fraternal delegate pastor Nicolau Nascimento de Paiva, of the Evangelical Lutheran Church in Brazil, coordinator of the Amazonian Council of Christian Churches (Caic) intervened, emphasizing how the Holy Spirit used Pope Francis to convoke this Synod which is a walk all together. If we expand the language of the care for our Common Home to the whole world, this care belongs to all of us, not only to Catholics, but also to evangelicals. We were able to speak at the Synod too, we have many more things in common than those that separate us, we let the Holy Spirit act.

Next, Monsignor Joaquín Humberto Pinzón Güiza, Apostolic Vicar of Puerto Leguízamo-Solano, in Colombia took the floor and clarified that our Amazonian communities perceived the Synod as a way of making themselves present in the heart of the Church. I was not born in the Amazon but I have always served in the region; the Amazon has stolen my heart: the natives, the river, and their philosophy of searching for the 'buen vivir'. That, explains the 50-year-old Colombian bishop, is not just living well, but living in a healthy territory, which is not polluted and destroyed, and living fraternal relations between us and with God, who invites us to take care of his creative work.

Father Miguel Heinz, President of Adveniat, the German charitable association that supports the Church's solidarity projects in Latin America and the Caribbean, also spoke of integral ecology. Integral ecology - he explains - has a lot to do with the way we live in Europe, because if everyone in the world lived like us in Europe, the world would no longer exist. We finance projects that are submitted to us from the territory, from the Bishops' Conferences, from the Pan Amazonian Network and from the religious. We are part of Repam, and we form a bridge with Europe to bring the voice of indigenous peoples. A bridge not only to get money, but also to educate the German Church from the pastoral care of small communities, supported by ordained and established ministers. Since the Second Vatican Council, the Churches of Latin America have made more progress than the German Church. Father Miguel concludes by recalling the martyrs who gave their lives for the faith and for the peoples of the Amazon. They are always present in the synod hall, we have their images before our eyes. In the Synod there is a great sensitivity and there are those who said that some of them must be canonized, for the testimony they gave. I think the final document will speak about it.
at 14:46