Briefing on the Synod, day 9

The question of migration, the role of women in the communities of the Amazon and possible adaptations of the liturgical rites in the Pan-Amazonian region.  These are some of the themes that have emerged during the daily briefing with journalists today. 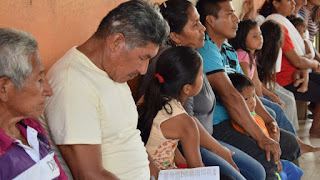 The Amazon community and the representatives of the indigenous people see the Church's commitment and the Synod as a sign of hope, a moment of light. This was stated by His Excellency, Eugenio Coter, Apostolic Vicar of Pando and titular Bishop of Tibiuca (Bolivia), while speaking at the usual briefing in the press room of the Holy See.  He said that the synodal assembly is a walk together: We are part of a larger Church and we can face challenges with the power of communion. Concerning the question of the viri probati, that is, the proposal of priestly ordination for married adult men, Bishop Coter then said that in the synod hall people continue to talk every day about the theme of sacramentality. We must ask ourselves how we can help reflect and give concrete answers to the needs of these communities. We are asking ourselves how to train people so that they can reach the most distant communities.

Among the various challenges facing the Church in the Pan-Amazon region, there are also those linked to the issue of migration. In recent years, the Amazon has been affected by several significant migration flows. Father Sidney Dornelas, Director of the Centro de Estudios Migratorios Latinoamericanos, pointed out that many immigrants from Haiti arrived in this region after the terrible earthquake that shook their country. Since 2017, thousands and thousands of migrants have also come from Venezuela. There are large flows of people crossing the Amazon. But there are also many who remain in the region. The Church, explained Father Sidney Dornelas, must work in a network, also with institutions, to respond to the needs of migrants. She needs to have a specific attention and preparation, he added, towards people who come from other countries and often from contexts that are not even Pan-Amazonian. 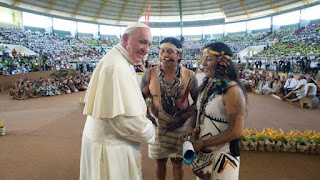 The Church in the Amazon is a Church in which peoples, cultures and missionary commitment are intertwined. His Excellency, Rafael Alfonso Escudero López-Brea, Prelate Bishop of Moyobamba (Peru), expressed particular hope: the Church, he said, will soon have an Amazonian face with Amazonian bishops, priests and religious. After all the steps taken through the evangelizing work with missionaries from Europe and the West, the formation of a native clergy must also be promoted.

The commitment of women in the communities of Latin America and Amazonia was at the centre of the speech by Marcia María de Oliveira, a scholar of Amazonian cultures and an expert in Church History in the Amazon. The presence of women, she emphasized, is precious: Women can teach so much about integral ecology about community participation, through work and caring for children. In some communities women are religious leaders, they take care of attending to the health of their community. Their commitment, underscored Marcia María de Oliveira, must be recognized and valued. 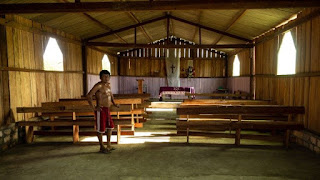 Among the aspects addressed by the Synod, there are also questions related to the liturgy. His Excellency, Rafael Alfonso Escudero López-Brea has not been asking for a different liturgical rite. The Church, he recalled, received from the Lord and from the apostles the essential teaching which then subsequently developed with complementary rites. During the synodal work, the prelate said, there was talk of the possibility of introducing symbols or rites into the celebration that do not have an impact on what is essential. It is about understanding the specificities of each people or group. In the Latin liturgy, Archbishop Eugenio Coter recalled, for example, incense is used as a sign of God's presence. In the culture of some indigenous groups, incense expresses, instead, rising to heaven. It is then used in the prayer of the faithful to indicate that prayers go up to the Father. For this reason, the prelate concluded, among the proposals that emerged during the synod work there is that of  'creating commissions that work on the method to give an Amazonian face also to the liturgy'.
at 16:12