Greetings to Hindus for Deepavali

The feast of Diwali is celebrated by all Hindus and is known as Deepavali or line of oil lamps.  Symbolically based on ancient mythology, it represents the victory of truth over lies, light over darkness, life over death and good over evil.

The celebration lasts for three days and marks the beginning of a new year, family reconciliation, especially between brothers and sisters, and adoration of God.

This year, the feast will be celebrated by many Hindus on 27 October.

For the occasion, the Pontifical Council for Inter-religious Dialogue has sent a Message focused around the theme: Believers: builders of fraternity and passive coexistence.

The Message, signed by the President of the Pontifical Council for Inter-religious Dialogue, Cardinal Miguel Ángel Ayuso Guixot, MCCJ; and the Secretary of that Pontifical Council, Monsignor Indunil Kodithuwakku Janakaratne Kankanamalage, was also sent in Hindi. 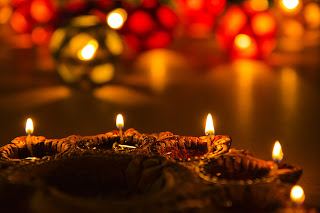 The Pontifical Council for Inter-religious Dialogue sends you cordial greetings and sincere good wishes as you celebrate Deepavali on 27 October this year. May this festival of lights illumine your hearts and homes and bring to your families and communities joy and happiness, peace and prosperity. At the same time, may it strengthen your spirit of fraternity with one another.

Alongside the experience of unprecedented advancement in many fields, we live at a time when, on the one hand, efforts are being made towards inter-religious and intercultural dialogue, cooperation and fraternal solidarity. On the other hand, there is apathy, indifference and even hatred among some religious people towards others. This is often caused by a failure to recognize the ‘other’ as a brother or sister. Such an attitude can arise from misguided, ungenerous or unsympathetic sentiments, which upset and unsettle the very fabric of harmonious coexistence in society. It is with concern about this situation that we deem it fitting and beneficial to share with you some thoughts on the need for every individual, particularly Christians and Hindus, to be builders of fraternity and peaceful coexistence wherever they are.

Religion fundamentally inspires us to see in the other a brother or sister to be supported and loved (Document on Human Fraternity for World Peace and Living Together, co-signed by Pope Francis and Sheikh Ahmed el-Tayeb, the Grand Imam of Al-Azhar in Abu Dhabi on 4 February 2019). It teaches us, moreover, to respect the inviolable dignity and the inalienable rights of others without any unwarranted bias towards their creed or culture. Only when adherents of religions demand of themselves a life consistent with their religious ethic will they be seen to fulfil their role as builders of peace and as witnesses to our shared humanity. For this reason, religions are to sustain the efforts their adherents make in leading an authentic life so as to bring forth the fruits of peace and brotherhood, for it is in the nature of religion to foster… an increasingly fraternal relationship among people (Pope John Paul II, Message for the World Day of Peace, 1992). As such, living in a spirit of fraternity and fellowship through constant dialogue should be a natural corollary of being a religious person, Hindu or Christian.

Though negative news dominates the headlines, this should not dampen our resolve to sow seeds of fraternity, for there is a hidden sea of goodness that is growing and leads us to hope in the possibility of building, together with the followers of other religions and all men and women of good will, a world of solidarity and peace. The conviction that building a world of fraternity is possible is reason enough for us to engage all the more in efforts towards building the edifice of fraternity and peaceful coexistence, keeping the good of everyone at heart (Pope Francis, Message for the Opening of the Annual Inter-religious Prayer Meeting for Peace, Bridges of Peace, Bologna, 14 October 2018).

It is a happy coincidence that the beginning of this month marked the 150th anniversary of the birth of Mahatma Gandhi, an outstanding and courageous witness to truth, love and nonviolence (Pope John Paul II, Prayer for Peace at the Conclusion of the Visit to Raj Ghat, Delhi, 1 February 1986) and a valiant protagonist of human fraternity and peaceful coexistence. We would do well to draw inspiration from his example in living peaceful coexistence.

As believers grounded in our own religious convictions and with shared concern for the welfare of the human family, may we join hands with those of different religious traditions and all people of good will, and strive to do all we can – with a sense of shared responsibility – to build a more fraternal and peaceful society!

Wishing all of you a joyful celebration of Deepavali!