A telegram of condolence has been sent by Cardinal Pietro Parolin, the Secretary of State of His Holiness, in the name of Pope Francis to Papua New Guinea, where a magnitude 6.7 earthquake has claimed the lives of at least 55 and left more than 100 wounded. 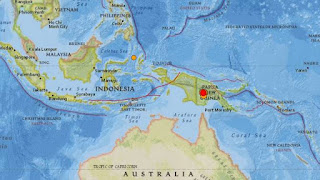 It was with great sadness that His Holiness, Pope Francis learned of the tragic loss of life following the recent earthquake in Papua New Guinea. Commending the souls of the deceased to the mercy of Almighty God, he sends his heartfelt condolences to their families, and he assures all those affected by this disaster of his closeness in prayer. Upon all those who mourn at this difficult time, and upon the emergency personnel involved in the important relief efforts, Pope Francis willingly invokes the divine blessings of strength and consolation.