The Holy Father, Pope Francis has sent a message of condolence to the Bishop of Carcassonne and Narbonne (France) where terrorist attacks which took place on Friday have left many victims. 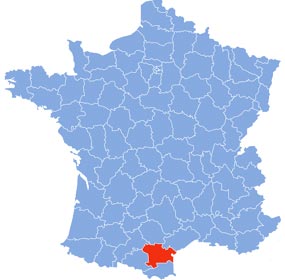 Having learned of the tragic attacks that have taken place in Carcassonne and in Trèbes, leaving many victims, I wish to share with you my sadness and I confide to the mercy of God those persons who have lost their lives, uniting myself in prayer with the suffering of those who now mourn their loss.

I particularly acknowledge the generous gesture and heroism of Lieutenant Colonel Arnaud Meltrame who gave his life in order to protect people.

I express my sympathy to those who have been wounded as well as to their families, and also to those persons who have been affected by this drama, asking the Lord to grant them comfort and consolation.

Once again, I condemn such acts of blind violence which bring about so much suffering, and fervently asking God for the gift of peace, I invoke upon all the families who are suffering and upon all the people of France, the assistance of divine blessings.