Mother of the Church

This morning, the Holy See Press Centre published the text of a decree which has been issued by the Congregation for Divine Worship and the Discipline of the Sacraments concerning the celebration of the Blessed Virgin Mary, Mother of the Church, in the General Roman Calendar. 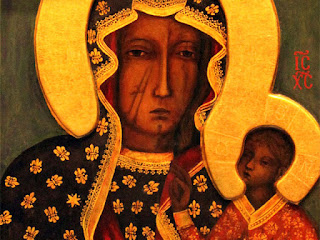 The joyous veneration given to the Mother of God by the contemporary Church, in light of reflection on the mystery of Christ and on his nature, cannot ignore the figure of a woman (cf Gal 4:4), the Virgin Mary, who is both the Mother of Christ and Mother of the Church.

In some ways this was already present in the mind of the Church from the premonitory words of Saint Augustine and Saint Leo the Great. In fact the former says that Mary is the mother of the members of Christ, because with charity she cooperated in the rebirth of the faithful into the Church, while the latter says that the birth of the Head is also the birth of the body, thus indicating that Mary is at once Mother of Christ, the Son of God, and mother of the members of his Mystical Body, which is the Church. These considerations derive from the divine motherhood of Mary and from her intimate union in the work of the Redeemer, which culminated at the hour of the cross.

Indeed, the Mother standing beneath the cross (cf Jn 19:25), accepted her Son’s testament of love and welcomed all people in the person of the beloved disciple as sons and daughters to be reborn unto life eternal. She thus became the tender Mother of the Church which Christ begot on the cross handing on the Spirit. Christ, in turn, in the beloved disciple, chose all disciples as ministers of his love towards his Mother, entrusting her to them so that they might welcome her with filial affection.

As a caring guide to the emerging Church Mary had already begun her mission in the Upper Room, praying with the Apostles while awaiting the coming of the Holy Spirit (cf Acts 1:14). In this sense, in the course of the centuries, Christian piety has honoured Mary with various titles, in many ways equivalent, such as Mother of Disciples, of the Faithful, of Believers, of all those who are reborn in Christ; and also as Mother of the Church as is used in the texts of spiritual authors as well as in the Magisterium of Popes Benedict XIV and Leo XIII.

Thus the foundation is clearly established by which Blessed Paul VI, on 21 November 1964, at the conclusion of the Third Session of the Second Vatican Council, declared the Blessed Virgin Mary as Mother of the Church, that is to say of all Christian people, the faithful as well as the pastors, who call her the most loving Mother and established that the Mother of God should be further honoured and invoked by the entire Christian people by this tenderest of titles.

Therefore the Apostolic See on the occasion of the Holy Year of Reconciliation (1975), proposed a votive Mass in honour of Beata Maria Ecclesiæ Matre, which was subsequently inserted into the Roman Missal. The Holy See also granted the faculty to add the invocation of this title in the Litany of Loreto (1980) and published other formularies in the Collection of Masses of the Blessed Virgin Mary (1986). Some countries, dioceses and religious families who petitioned the Holy See were allowed to add this celebration to their particular calendars.

Having attentively considered how greatly the promotion of this devotion might encourage the growth of the maternal sense of the Church in the pastors, religious and faithful, as well as a growth of genuine Marian piety, Pope Francis has decreed that the Memorial of the Blessed Virgin Mary, Mother of the Church, should be inscribed in the Roman Calendar on the Monday after Pentecost and be now celebrated every year.

The Memorial therefore is to appear in all Calendars and liturgical books for the celebration of Mass and of the Liturgy of the Hours. The relative liturgical texts are attached to this decree and their translations, prepared and approved by the Episcopal Conferences, will be published after confirmation by this Dicastery.

Where the celebration of the Blessed Virgin Mary, Mother of the Church, is already celebrated on a day with a higher liturgical rank, approved according to the norm of particular law, in the future it may continue to be celebrated in the same way.

Anything to the contrary notwithstanding.

From the Congregation of Divine Worship and the Discipline of the Sacraments, 11 February 2018, the memorial of the Blessed Virgin Mary of Lourdes. 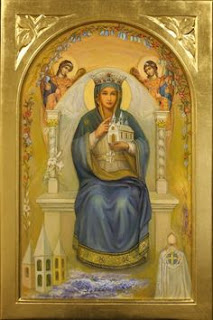 Comments of His Eminence, Cardinal Robert Sarah
Prefect of the Congregation for Divine Worship
and the Discipline of the Sacraments


The Memorial of Mary 'Mother of the Church'

With a Decree dated 11 February 2018, the 160th anniversary of the first apparition of the Virgin at Lourdes, the Congregation for Divine Worship and the Discipline of the Sacraments implements the decision of Pope Francis, requiring that the Memorial of the Blessed Virgin Mary Mother of the Church be inscribed in the General Roman Calendar. Attached to the Decree are the relevant liturgical texts in Latin for the Mass, the Liturgy of the Hours and the Roman Martyrology. The Episcopal Conferences will approve the translation of the texts they need and, after receiving their confirmation, will publish them in the liturgical books for their jurisdiction.

The new celebration is briefly described in the Decree itself which recalls the eventual maturation of liturgical veneration given to Mary following a better understanding of her presence in the mystery of Christ and of the Church, as explained in Chapter 7 of Vatican II’s Lumen gentium. Indeed, with good reason, in promulgating this Conciliar Constitution on 21 November 1964, Blessed Paul VI wished to solemnly bestow the title Mother of the Church upon Mary. The feeling of Christian people through two millennia of history has cultivated the filial bond which inseparably binds the disciples of Christ to his Blessed Mother in various ways. John the Evangelist gives explicit witness to such a bond when he reports the testament of Jesus dying on the Cross (cf Jn 19:26-27). Having given his Mother to the disciples and the disciples to his Mother, knowing that all was now finished, the dying Jesus gave up his spirit for the life of the Church, his Mystical Body: indeed it was from the side of Christ as He slept the sleep of death upon the Cross that there came forth the wondrous sacrament of the whole Church (Sacrosanctum Concilium, 5).

The water and blood which flowed from the heart of Christ on the Cross as a sign of the totality of his redemptive offering, continue to give life to the Church sacramentally through Baptism and the Eucharist. In this wonderful communion between the Redeemer and the redeemed, which always needs to be nourished, Blessed Mary has her maternal mission to carry out. This is recalled in the gospel passage of John 19:25-31 which is recommended for the Mass of the new Memorial, which had already been indicated, together with readings form Genesis 3 and Acts 1, in the Votive Mass de sancta Maria Ecclesiæ Matre, approved by the Congregation for Divine Worship in 1973 in view of the upcoming Holy Year of Reconciliation of 1975 (cf Notitiæ 1973, pp. 382-383).

The liturgical commemoration of the ecclesial motherhood of Mary had thus already found a place among the Votive Masses of the editio altera of the Missale Romanum of 1975. Then, during the pontificate of Saint John Paul II, the possibility was granted to Episcopal Conferences of adding the title Mother of the Church to the Litany of Loreto (cf Notitiae 1980, p. 159); and on the occasion of the Marian Year the Congregation for Divine Worship published other Mass formularies for Votive Masses under the title of Mary, Mother and Image of the Church in the Collectio missarum de Beata Maria Virgine. In the course of the years the insertion of the celebration Mother of the Church into the proper calendars of some countries, such as Poland and Argentina, on the Monday after Pentecost was also approved. In other cases the celebration was inscribed in particular places such as Saint Peter’s Basilica, where Blessed Paul VI proclaimed the title, as well as in the Propers of Religious Orders and Congregations.

Given the importance of the mystery of Mary’s spiritual motherhood, which from the awaiting of the Spirit at Pentecost has never ceased to take motherly care of the pilgrim Church on earth, Pope Francis has decreed that on the Monday after Pentecost the Memorial of Mary Mother of the Church should be obligatory for the whole Church of the Roman Rite. The connection between the vitality of the Church of Pentecost and the maternal care of Mary towards it is evident. In the texts of the Mass and Office the text of Acts 1:12-14 throws light on the liturgical celebration, as does Genesis 3:9-15,20, read in the light of the typology of the New Eve, who became the Mater omnium viventium under the Cross of her Son, the Redeemer of the world.

The hope is that the extension of this celebration to the whole Church will remind all Christ’s disciples that, if we want to grow and to be filled with the love of God, it is necessary to plant our life firmly on three great realities: the Cross, the Eucharist, and the Mother of God. These are three mysteries that God gave to the world in order to structure, fructify, and sanctify our interior life and lead us to Jesus. These three mysteries are to be contemplated in silence. (cf R. Sarah, The Power of Silence, 57).

Robert Card. Sarah
Prefect of the Congregation for Divine Worship and the Discipline of the Sacraments
at 09:55