Reflections on Christianity in China

Christianity in China.  Impact, interaction and inculturation is the theme of an International Conference that took place in Rome, at the Faculty of Missiology (the study of religious missions and their methods and purposes) within the Pontifical Gregorian University from 22 to 23 March.

At the opening of the session, His Excellency, Paul Richard Gallagher, the Holy See's Secretary for Relations with States addressed the participants. 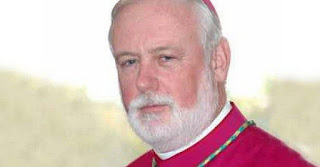 Address of His Excellency, Paul Richard Gallagher
Secretary for Relations with States

Your Eminences, Your Excellencies,
Father Rector,
Distinguished Members of the Diplomatic Corps,
Dear Professors and Students,
Ladies and Gentlemen,

It was with great pleasure that I accepted the invitation issued to me by Father Nuno da Silva Gonçalves, S.J., Rector of the Gregorian University, and by Father Milan Žust, Dean of the Faculty of Missiology, to address you at the beginning of this Symposium, during which various experts and scholars will reflect on the theme Christianity in the Chinese Society: Impact, Interaction and Inculturation.

Without wishing to enter into the specifics of the various issues which will be competently dealt with by the speakers, I would like to present some considerations which I believe to be helpful in the present context, where China is taking its place in a stable and influential way in the network of international relations, with its own original vision of the world and its own priceless heritage of culture and civilisation.

I shall begin with an observation. At the international level, today more than ever, Mainland China is at the centre of political, economic and cultural interest. China sees itself as a crossroads of development, thanks to such important projects as the New Silk Road (One belt, one road). In foreign policy, it is clearly adopting a new approach to the existing balances in international relations and is also consolidating its presence in developing countries. In domestic policy, China is promoting long-term programmes aimed at giving a considerable number of citizens the possibility of overcoming poverty. At the same time, the Chinese cultural system is committed to a strong drive in the areas of scientific and technological research.

It should also be noted that China is tackling the global challenge by insisting on its own identity by means of an economic, political and cultural model which seeks to give Chinese characteristics to globalization. In this way, the Middle Kingdom seeks to regain a central position in the world, in accordance with what was already Matteo Ricci’s way of seeing things, when he drew a complete geographical map of all world’s countries for the Chinese. This was the first great map of the world in the Chinese language; its sixth edition was commissioned by the Emperor himself in 1608. In this context, and also at the religious level, the key word which is constantly repeated and put forward for general consideration is the term Sinicization.

Given that we are here in the Pontifical Gregorian University, I would like to mention another consideration. In this place it is natural to recall, with deep admiration, the extraordinary contribution which many Jesuits down through the centuries made to the rediscovery of Chinese culture, thus enabling us to move from the initial impact with a world which is so far away to an encounter with the scientific, technical, philosophical and moral patrimony of the West. This was an extraordinary human and ecclesial adventure, driven by a deeply missionary spirit, which inspired many members of the Society of Jesus, as well as other religious orders, to set out for the Asian continent and, in particular, China.

In this regard, when he met with the Jesuits of La Civiltà Cattolica on 9 February 2017, Pope Francis encouraged them in this way: Stay on the open sea! A Catholic should not be afraid of the open sea, he should not seek refuge in secure ports. … The Lord calls us to engage in mission. … When we set out into the deep, we encounter storms and there can be a contrary wind. Yet the holy voyage is always made in the company of Jesus who said to his disciples: 'Courage, it is I, do not be afraid!' (Mt 14:27) (Pope Francis, Address to the Community of La Civiltà Cattolica, Hall of the Concistory, Vatican Apostolic Palace, 9 February 2017).  On that occasion, the Pope also presented three qualities which make it possible for us to remain on this open sea: restlessness, without which we are sterile, incompleteness, which remind us that God is the Deus semper maior, the God who always surprises us, imagination, which enables us to practise without rigidity the discernment of the signs and the things that happen (Pope Francis, Address to the Community of La Civiltà Cattolica, 9 February 2017).

At this point, I wish to refer to the dynamic of discernment in connection with the task of evangelization. Discernment allows us not only to gain an ever deeper understanding of the Word of God but also to proclaim it, while at the same time avoiding two rather common dangers. The first is proselytism, which measures the success of mission in terms of numbers rather than by the quality of the choice of the one who comes into contact with Christian experience. The second danger is that of an abstract proclamation of the faith, one which does not take account of the complex social and cultural nature of the human contexts to which the message of the Gospel is addressed.

Both of these attitudes merely scratch the surface of an authentic missionary task, because they cannot grasp the spatio-temporal coordinates that make a fruitful inculturation of the faith possible. However, it should be possible to discern an even greater horizon in the mission ad gentes, namely the vertical one of the primacy of God’s grace, which precedes human action and animates the history of peoples from within. In China too, God is already present and active in the culture and life of the Chinese people.

As Father Federico Lombardi, S.J., put it very well in a recent talk, the Catholic community is born, grows and makes its contribution in the Chinese context not because of an external and extraneous bond, but as the fruit of the seed of the Gospel which was planted in the land and culture of China and is developing in a manner corresponding to its ‘genetic identity’. In this way, this seed produces its fruit by drawing sustenance and assuming characteristics proper to the local culture in which it was sown. This is somewhat like what happens with many plants which produce fruit we eat every day and which we consider as ours for centuries, while, in reality, they were introduced into our lands in the past and from faraway places.

In the light of these brief considerations, it seems clear that the mission of the Church in China today is one of being fully Catholic and genuinely Chinese, making the Gospel of Jesus available to all and placing it at the service of the common good. Furthermore, over time, relations between China and the Catholic Church have gone through different phases, alternating between moments of fruitful cooperation and ones of great misunderstanding and hostility, leading, at times, to situations in which the community of the faithful experienced great suffering.

Looking at matters carefully, however, the method which in the past made possible a fruitful encounter between the Christian world and the Chinese world was that of inculturation of faith through the concrete experience of knowledge, artistic culture and friendship with the Chinese people. In this regard, still exemplary is the undertaking of missionaries like Alessandro Valignano, Matteo Ricci, Giuseppe Castiglione and many others, who wished to open the way to a Catholicism with Chinese forms, solidly grounded in the very heart of the Middle Kingdom in order to proclaim the Gospel of Jesus Christ from a fully Chinese perspective.

Thus, when considering mission and theological reflection, two expressions or, more precisely, two principles stand out, which should interact with each other, namely Sinicization and inculturation. I am convinced that an important intellectual and pastoral challenge arises in an almost natural way from the bringing together of these two terms, which indicate two real visions of the world. From these two visions, it should be possible to work out the coordinates of an authentic Christian presence in China, which could present the special nature and the newness of the Gospel in a context deeply rooted in the specific identity of the age-old Chinese culture. In his treatise on friendship, Father Matteo Ricci had this to day: “Before engaging in friendship, one must observe; after engaging, one must trust (Matteo Ricci, S.J., Sull’Amicizia, 7).

Father Rector, Distinguished Authorities, Ladies and Gentlemen, the universality of the Catholic Church, with its natural openness to all peoples, can make a contribution in terms of moral and spiritual inspiration to the great effort at dialogue between China and the contemporary world, doing so precisely through the Chinese Catholic community, which is fully integrated into the historical and current dynamism of the land of Confucius. In wishing every success to this present initiative aimed at promoting dialogue and encounter, I am sure that the speakers and experts who will have the opportunity to engage with one another during this Symposium will be able to identify and evaluate the best approaches so as to ensure that the friendship between the Christian and the Chinese worlds will produce genuine fruits of mutual understanding and fraternity.