Yesterday, 6 March 2018, the Holy Father, Pope Francis received in audience His Eminence, Cardinal Angelo Amato, SDB, Prefect of the Congregation for the Causes of Saints.  During the audience, the Supreme Pontiff authorized the Congregation to publish a number of decrees including a miracle attributed to the intercession of Blessed Paul VI (born Giovanni Battista Montini), who was born in Concessio (Italy) on 26 September 1897 and died at Castel Gandolfo (Italy) on 6 August 1978; and a miracle attributed to the intercession of Blessed Oscar Arnolfo Romero Galdámez, Archbishop of San Salvador, a Martyr who was born in Barrios City (El Salvador) on 15 August 1917 and killed in San Salvador (El Salvador) on 24 March 1980. 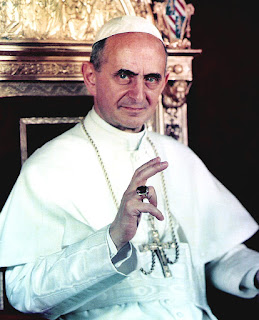 The final miracle needed for the canonization of Pope Paul VI was investigated in Verona and was closed on 11 March 2017. The miracle in question involves the healing of an unborn girl, Amanda Maria Paola (born 25 December 2014), after her parents (Vanna and Alberto) went to the Santuario delle Grazie in Brescia to pray for the late pope's intercession on 29 October 2017, just ten days after Paul VI was beatified. The miracle regarding Amanda was the fact that she had survived for months despite the fact that the placenta was broken. On 23 September, a month before the beatification, Amanda's mother Vanna Pironato (aged 35) was hospitalized due to the premature rupture of the placenta, with doctors declaring her pregnancy to be at great risk.

Pope Francis confirmed that the canonization would be approved and celebrated in 2018 in remarks made during a meeting with Roman priests in February 2018. On 6 March 2018, the Cardinal Secretary of State, Pietro Parolin, speaking at a plenary meeting of the International Catholic Migration Commission in Rome, confirmed that Paul VI would be canonized in at the close of the synod on 28 October 2018.  The official date for Pope Paul VI's canonization will be published in May. 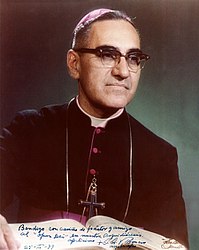 Three miracles were submitted to the Congregation for the Causes of Saints in Rome in October 2016 that could have led to Archbishop Romero's canonization. But each of these miracles were rejected after being investigated. A fourth (concerning the pregnant woman Cecilia Maribel Flores) was investigated in a diocesan process in San Salvador that was opened on 31 January 2017 and which concluded its initial investigation on 28 February 2017 before documentation was submitted to Rome via the apostolic nunciature; was validated by the Congregation for the Causes of Saints on 7 April 2017. Medical experts issued unanimous approval to the presented miracle on 26 October 2017 with theologians also confirming their approval on 14 December 2017. The members of the Congregation for the Causes of Saints likewise approved the case on 6 February 2018. The date for the canonization of the former Archbishop of San Salvador will be published in the near future.
at 07:52