Canadian Bishops on the move

This morning in Rome, the Holy Father made two appointments among the Bishops of Canada as part of his ongoing pastoral concern for the care and well-being of all Catholics, especially in the places where these newly-appointed Bishops will serve. 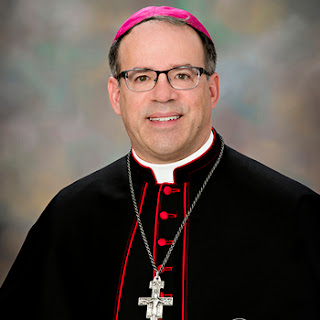 The Holy Father has approved the fusion of the Archdiocese of Ottawa and the Diocese of Alexandria-Cornwall (Ontario) and has appointed His Excellency, Terrence Prendergast, SJ as the Archbishop of the new ecclesial circumscription of Ottawa-Cornwall.

The Holy Father has also appointed His Excellency, Marcel Damphousse as Coadjutor Archbishop of Ottawa-Cornwall, transferring him from his pastoral service as Bishop of Sault Ste. Marie.

Once they reach their 75th birthdays, Bishops are required to present a letter of resignation to the Holy Father, however His Holiness is not obliged to accept the letter until he can provide for the pastoral leadership of the Arch-Diocese in question.  In this case, Archbishop Prendergast is currently 76 years old.  This appointment means that Bishop Prendergast will remain in office at least for the foreseeable future, while the work of amalgamating the two Dioceses continues.  Archbishop-elect Damphousse will move to Ottawa in mid-June to assume his new duties. 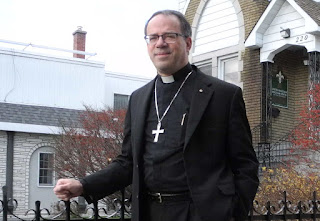 His Excellency, Marcel Damphousse was born on 19 March 1963 in Saint-Joseph, Mantioba.  After his primary studies, he completed studies in Philosophy a the Saint-Boniface University College.  In 1988, he began studies in Theology at Saint Paul University in Ottawa.

He was then ordained a priest on 28 June 1991 and incardinated in the Archdiocese of Saint-Boniface.

After his ordination, he exercised pastoral ministry in various parishes in the role of Associate Pastor, and from 1994 to 2000 as Pastor of Notre-Dame-de-la-Nativité parish in Somerset.  At the same time, he was appointed President of the Diocesan Commission for Vocations.  In 1996, he was also appointed as Pastor of Saint-Léon.

From 2000 to 2002, he completed studies for a Licentiate in Spiritual Theology at the Terresianum Institute in Rome.  Returning to the Diocese, he exercised his ministry as Pastor and for five years - from 2003 to 2008 as Diocesan Director for Vocations and Chaplain at the St. Boniface High School.  In 2008, he was appointed Rector of the Cathedral Basilica of Saint-Boniface and a member of the Diocesan Council for Economic Affairs.

He was appointed Bishop of Alexandria-Cornwall on 16 June 2012 and was consecrated on 2 September of that year.  He was then transferred to the Diocese of Sault Ste. Marie on 12 November 2015.

Bishop Damphousse is one of two Counsellors as part of the Executive of the Assembly of Catholic Bishops of Ontario and a member of the Commission for Education. 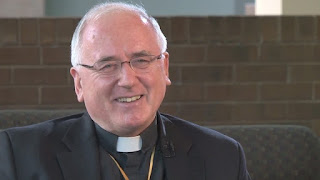 A native of Montreal, Archbishop Terrence Prendergast entered the Jesuit novitiate in 1961 and was ordained a priest in 1972. He holds a Bachelor of Arts degree from Fordham University, Master of Divinity and Doctor of Theology degrees from Toronto School of Theology and a Licentiate in Theology from Regis College.

Archbishop Prendergast taught in Halifax at Atlantic School of Theology from 1975-1981, then was Rector of Toronto's Regis College from 1981-87 and Dean of Theology from 1991-1994. In 1988-89, he lectured as Daniel Hannin Professor at Campion College, University of Regina. From 1992-1994, he served as Executive Secretary of the Vatican's Apostolic Visitation of Canadian seminaries (English sector). When nominated bishop in 1995, he was Catholic Biblical Association of America Visiting Professor at the École biblique et archéologique française de Jerusalem. Named Titular Bishop of Slebte and Auxiliary Bishop of Toronto on February 22, 1995, Archbishop Prendergast received episcopal ordination in Saint Michael's Cathedral, Toronto, on April 25, 1995.

Appointed eleventh Archbishop of Halifax on June 30th, 1998, he was installed in Saint Mary's Cathedral Basilica on September 14 of that same year. In January 2002, he became Apostolic Administrator of the Diocese of Yarmouth.  He is the Canadian member of Vox Clara, an advisory commission to the Congregation for Divine Worship and Discipline of the Sacraments on the English translation of Sacramental texts. In the Canadian Conference of Catholic Bishops, he has served on its Permanent Council, been a member of the Commission for Relations with Associations of Clergy, Consecrated Life and Laity, co-chair of the national Anglican-Roman Catholic Dialogue, a director of the Catholic Office for Life and the Family, and has now fulfilled three terms on the Doctrinal Commission. He now serves on the Social Communications Committee.

Archbishop Prendergast was named tenth Bishop and ninth Archbishop of Ottawa by Pope Benedict XVI on May 14, 2007. He was installed on June 26, 2007. 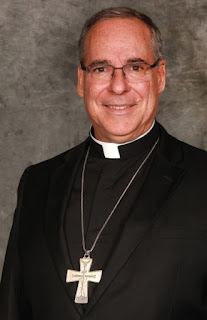 On this day, the Holy Father has also appointed a new Bishop for the Diocese of Pembroke (Ontario, Canada) in the person of His Excellency, Guy Desrochers, C.Ss.R., transferring him from the titular episcopal see of Melzi and the Office of Auxiliary of Alexandria-Cornwall (Ontario, Canada).

His Excellency, Guy Desrochers, C.Ss.R. was born on 23 May 1956 in Hull (Quebec, Canada) in the current Archdiocese of Gatineau.  He completed secondary studies at the Collège Saint-Alexandre des Pères du Saint Esprit in Limbour and then a specialization in Fine Arts and Commercial Art at Algonquin College in Ottawa.  From 1972 to 1979, he worked as a caricaturist for the Le Droit newspaper in Ottawa.  In August 1983, he entered the novitiate of the Redemptorist Fathers in Saint-Anne-de-Baupré.  He made temporary vows on 7 August 1984 and perpetual vows on 29 August 1987.

From 1982-1983, he studied Philosophy at Saint-Augustin Seminary in Cap-Rouge (Quebec, Canada) and Theology from 1984-1989 at Laval University where he earned a Baccalaureate.  He then completed a two-year internship in the Archdiocese of Montréal.  On 7 January 1989, he was ordained a priest in Hull as part of the Redemptorist Province of Saint-Anne-de-Beaupré.

From 1989 to 1995, he was coordinator of a missionary team composed of four Redemptorists in the Diocese of Gaspé.  From 1995-1998, he served as Superior of Aylmer, in the Diocese of Gatineau-Hull.  From 1998-2005, he exercised his ministry at the Shrine of Saint-Anne-de-Beaupré, while at the same time serving as House Treasurer.

From 2005 to 2008, he was appointed Superior of the Saint-Redempteur Pavillion in Saint-Augustin-des-Desmaures, a house of welcome and retreats for ecclesial groups. From 2008 to 2011, he served as Director of the Saint-Anne newsletter and animator of the Shrine.  From 2011 until 2015, he was appointed as Rector of the Shrine of Saint-Anne and Superior of the International Community that provides spiritual guidance at the Shrine.  From 2015 to 2018, he was also Preacher of Retreats in Canada and in the United States.

On 12 December 2018, he was appointed Titualar Bishop of Melzi and Auxiliary Bishop of Alexandria-Cornwall.  He was consecrated on 19 March 2019.
at 08:40