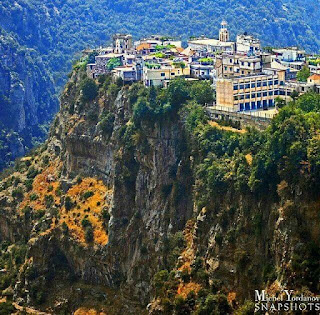 His Holiness Pope Francis with fatherly concern has continued to follow in recent months the situation of beloved Lebanon, referred to by Saint John Paul II as the Message Country, the place where Benedict XVI promulgated the Post-Synodal Apostolic Exhortation Ecclesia in Medio Oriente, and that has always been an example of the coexistence and fraternity that the Document on Human Fraternity wished to offer to the whole world.

The Land of the Cedars, in this centenary year of Greater Lebanon, is experiencing a severe crisis that is causing suffering and poverty, and that risks robbing of hope especially younger generations who see their present as arduous and their future as uncertain. In this context, it is becoming increasingly difficult to ensure that the sons and daughters of the Lebanese people have access to education which, especially in smaller areas, has always been guaranteed by ecclesiastical institutions.

As a tangible sign of his closeness, the Holy Father, through the Secretariat of State and the Congregation for the Eastern Churches, has decided to send to the Apostolic Nunciature the sum of USD 200,000 to support 400 scholarships, in the hope of achieving a gesture of solidarity and with the desire that all involved at national and international levels will responsibly pursue the search for the common good, overcoming every division and partisan interest.

This intervention is in addition to the contribution that the Emergency Fund of the CEC (Congregation for the Eastern Churches) has made in recent days to deal with the emergency linked to the Covid-19 pandemic.

May the Mother of God, who watches over Lebanon from Harissa Mountain, protect the Lebanese people, together with the saints of the beloved Land of the Cedars.
at 09:33