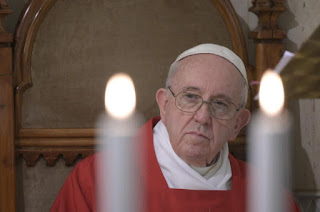 Today, the High Committee for Human Fraternity has asked us to observe a Day of prayer and fasting, to ask God for mercy in this tragic moment of pandemic.  We are all brothers.  Saint Francis of Assisi used to say: All brothers.  And for this reason, men and women of every religious confession are united in prayer and penance today, asking for the grace of healing from this pandemic. 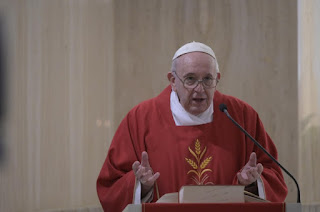 Homily of the Holy Father, Pope Francis
during the Mass celebrated on 14 May 2020

In the first reading we heard the story of Jonah, in the style of the time (cf Jonah 3: 1-10). Since there was some pandemic, we do not know, in the city of Nineveh, a moral pandemic perhaps, the city was just about to be destroyed (cf Jonah 3: 4). And God sent Jonah to preach: prayer and penance, prayer and fasting (cf Jonah 3: 7-8). Faced with that pandemic, at first Jonah was frightened and ran away (cf Jonah 1: 3). Then the Lord called him for the second time and he agreed to go and preach (cf Jonah 3: 1-3). And today all of us, brothers and sisters of all religious traditions, are praying: a day of prayer and fasting, of penance, called by the High Committee for Human Brotherhood. Each of us is praying, communities are praying, religious confessions are praying, praying to God: all brothers, united in the brotherhood that unites us in this moment of pain and tragedy.

And for this reason, today, everyone, brothers and sisters, of any religious confession, must pray to God. Perhaps there will be someone who will say: This is religious relativism and it cannot be done. But how can we not pray to the Father of all? Everyone prays in the way he knows, how he can, as he has received from his own culture. We are not praying against each other, this religious tradition against this, no! We are all united as human beings, as brothers, praying to God, according to our own culture, according to our own tradition, according to our own beliefs, but together, brothers are praying to God, this is the important thing! Brothers, fasting, asking God for forgiveness for our sins, for the Lord to have mercy on us, for the Lord to forgive us, for the Lord to stop this pandemic. Today is a day of brotherhood, looking to the only Father: brothers and fatherhood. A day of prayer.

Last year, in November of last year, we did not know what a pandemic was: it came like a flood, it came suddenly. Now we are waking up a bit. But there are many other pandemics that cause people to die and we do not notice them, we look elsewhere. We are a little unconscious in the face of the tragedies that are happening in the world right now. I would just like to tell you some official statistics from the first four months of this year, which does not speak of the coronavirus pandemic; they speak of another reality. In the first four months of this year, 3 million 700 thousand people died of hunger. There is the hunger pandemic. In four months, almost 4 million people. This prayer today, to ask that the Lord stop this pandemic, must also make us think of the other pandemics in the world. There are many of them! The pandemic of wars, hunger and many others. But the important thing is that today - together and thanks to the courage that this High Committee for Human Fraternity has had - together, we have been invited to pray each one according to his own tradition and to observe a day of penance, fasting and also of charity, of help to others. This is the important thing. In the book of Jonah we heard that the Lord, when he saw how the people had reacted - that they had converted -, the Lord stopped, stopped what He wanted to do.

May God bring an end to this tragedy, stop this pandemic. May God have mercy on us and stop even the other ugly pandemics: that of hunger, that of war, that of children without education. And we ask this as brothers, all together. May God bless us all and have mercy on us. 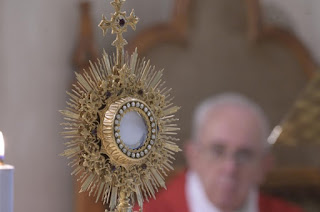 At the conclusion of the Mass, the Holy Father said:

Today, I want to thank Mister Thomas, the sound technician who is working here today on the transmission.  He has accompanied us in this transmission, he has been working in the Dicastery for Communications and he is retiring: today is his last day of work.  May the Lord bless him and accompany him in this new phase of his life.
at 10:11